Why did the Plovdiv joint stock companies Orpheus Club Wellness, Plovdiv Tech Park and IT Academy choose Cardano for the creation of two ICO projects – for tourism and education? Pavlina Deleva, Videlina Gandeva
Researching the various blockchain platforms, two teams created by the three Plovdiv companies Orpheus Club Wellness, Plovdiv Tech Park and IT Academy, programmed basic models of two tourism platforms, one educational and one for ethical finance. The first tourist platform has its own social network www.tripxv.com, and the second is for the middle class from India, China and the United States www.clubxchain.com. The creative young team works in partnership with Viscomp, Grabo, Reit Hawk, Schmeterlink, Fait4Digital, Guides Bulgaria, Croatian and Indian companies in the field of tourism, education, finance and IT. To date, the team has taken a look at the latest decentralized public open source blockchain platform, Cardano. In 2021, two forums were held with the participation of speakers from the Blockchain Association, including Charles Hoskinson and Vasil Dabov.

Why Cardano?
Built with the rigor of official high-security methods, Cardano aims to achieve the scalability, interoperability and resilience needed for real-world applications. Based on peer-reviewed academic research, this blockchain platform is open and transparent. All research and technical specifics that underlie it are public and all development work is publicly available. When the network is fully decentralized, it will belong to the public. It is the community that will decide Cardano’s future. Cardano is the first such platform to be developed and developed according to a pre-formed scientific philosophy and approach based on research.

What are the cryptocurrencies of the first, second and third generation?
Bitcoin is the initial decentralized public blockchain that launched the crypto-revolution. It is a kind of digital public register, which irrevocably enters transactions, carriers of cost. The only function of Bitcoin is to store and transfer monetary resources in the form of entries in its register. Therefore, it is defined as a first generation cryptocurrency.
The second most important digital decentralized platform in the world with its own decentralized public register in the form of a blockchain is Ethereum. And it, like Bitcoin can be used to store and transfer monetary value using its own currency – Ether. The difference and new in Ethereum is that on the platform can be created so. smart contracts as well as decentralized applications. This makes it a second generation cryptocurrency. Cardano is still an evolving project that is becoming a third-generation cryptocurrency. Its most ambitious goal is, in addition to being a secure cryptocurrency and a stable platform for smart contracts and decentralized applications, to be 100 times more decentralized than Bitcoin, to offer scalability and stability far beyond Ethereum’s capabilities and to enable
various blockchains. to communicate with each other.

History of Cardano
In 2014, one of the founders of Ethereum – Charles Hoskinson left the organization due to differences of opinion and decided to create his own project. He was joined by Jeremy Wood, and in 2015 they co-founded the Cardano Foundation in Switzerland and Input Output Hong Kong (IOHK), which was later renamed Input Output Global (IOG). In 2017, the company Emurgo was registered in Japan, which acts as a sales wing of the project. On September 28, 2017, the cryptocurrency ADA of the Cardano blockchain was officially released.
The Cardano blockchain is designed to consist of different layers. The main one is the Cardano Settlement Layer (SL), which is the cryptocurrency itself, developed by the IOHK, the University of Edinburgh, the University of Athens and the University of Connecticut. Cardano SL is based on the Haskell programming language and the Ouroboros protocol,
which uses Proof of Bet. The next layer is the control layer, which monitors whether certain operations are performed
correctly or not.

Cardano’s monetary policy
The total number and maximum quantity of Cardano digital coins in the world will be 45 000 000 000. At the beginning of the project, 25 927 070 538 ADA for free sale and 5 185 414 108 ADA in the form of vouchers distributed among IOHK were put on the market, Cardano and Emurgo Foundation. The remaining 13,887,515,354 ADAs will be released over time, as determined by the Proof of Pledge protocol algorithm.
Cardano has its own treasury (“treasury”), which will be managed by all who bought the ADA. This treasury will be powered partly by newly minted coins and partly by mining fees.
Cardano’s mining fees are called transfer fees because the blockchain does not use mining equipment, which is typical of cryptocurrencies operating under a Proof of Work protocol. The denomination of ADA is called Lovelace, and the ratio is 1 ADA = 1,000,000 Lovelace. Lovelace is similar to pennies in that they are 1 millionth of the ADA.
Ouroboros protocol and Cardano’s Proof of Bet algorithm Ouroboros The Proof of Pledge protocol is one of the most important parts of Cardano. It was developed by the IOHK and defines how nodes reach consensus on the state of the public register (blockchain). The public register is a set of data in which the assets of each user are entered. The node
(node) is a computer program that participates in the decentralized system and most often
helps to confirm transactions.
The Cardano-Ouroboros algorithm is unique because it is the first Proof of Pledge protocol to be based on scientific formal methods and reviewed after a series of academic studies. Proof of a bet is an innovative approach to creating blocks in the blockchain (blockchain). It selects one node at random, determined by the probability proportional to the bet contained in it in the form of ADA. If the node contains more than 0 cryptocurrencies (stake), then it is
called a stakeholder, and if it is selected to generate the next block – slot leader. The slot leader gets the right to create the new block by “listening” to the announced transactions from the other nodes, enters them in the block, signs them with his secret key and publishes them on the network. Thus, the slot leader becomes a validator of the block.
Only stakeholders can participate in the management of the protocol. Any user who has the desire, the necessary computer skills and the investment (bet) in the ADA can become a
pledgee. Each delegate of the ADA in the pool to the winning node receives as a reward newly created coins from the cryptocurrency. The Cardano platform is quite ambitious. Although the project is relatively new and has a
long way to go, the science-oriented approach and way of working are unique and reliable for the cryptocurrency market.

A lot of work is ahead, and the two ICO teams plan to start projects in September. And the task of combining financial and tourism platforms in one ICO project is more than innovative. This will certainly be the first ICO to start from real-world platforms, and the White Paper will further develop the use of Ada Cardano. Ambitious, isn’t it? 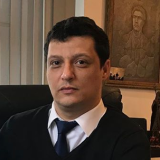